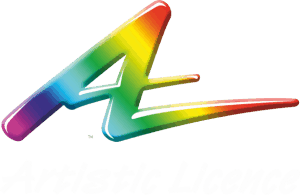 Our range also covers test equipment and data distribution, and we are a major supplier of OEM solutions worldwide.

Art-Net & sACN
Artistic Licence is the originator of Art-Net. Our networks knowledge is second to none.

DMX512 & RDM
We are experts in DMX512 and the Remote Device Management (RDM) protocol.

DALI
Our DALI products include Art-Net / DMX512 to DALI conversion (with DT8 support).

Wayne started out at Avolites, progressing from wireman to product designer. In 1988, he created Artistic Licence as a projects design house. Success came quickly, with end clients ranging from Pink Floyd to The Rolling Stones. From such early project work a product range evolved. In the 1990s, Wayne became involved in the ESTA technical standards programme, and was a major contributor to the development of DMX512-A. When Ethernet arrived on the scene, Wayne was again at the forefront of technology, releasing the royalty-free Art-Net protocol (now supported by 220-plus manufacturers worldwide). Wayne particularly enjoys sharing his technical expertise through writing, having authored various articles and three books (Rock Solid Ethernet, Control Freak and Light Bytes).

Light Bytes: Inside Art-Net and sACN

Written with practicality in mind, Light Bytes provides a much needed technical reference on Art-Net and sACN. Starting with a networking primer, it moves onto the detailed packet structures and definitions used in each protocol. Following the theoretical groundwork, readers are guided through the problems that are often encountered in real-world applications, with tips on how to avoid them. The book strives for a balanced approach, comparing and contrasting Art-Net and sACN, while explaining how each protocol is evolving to meet the needs of a changing marketplace. There is a handy chapter on freely available software diagnostics tools, along with useful code examples for both Art-Net and sACN developers.

2005  PLASA Product Award for Visual-Patch. A system that uses a camera and Art-Net to automatically patch a lamp array

2002  PLASA Highly Commended Award for the development of Bit Angle Modulation, a drive technique for dimming